Hey, Why’d You Do That, Caille Millner?

Caille Millner is a columnist and editorial writer for the San Francisco Chronicle.  In those pursuits, Ms. Millner has a responsibility to the truth.  Thankfully, she also enjoys the occasional adventure on the fiction side of the tracks.  One of these is “The Surrogate,” a story that appeared in Joyland Magazine.

Ms. Millner is available on Twitter.  Once you are done reading her story and the reasoning behind some of her choices, why not send her 140 characters about how much you liked her story?

1) The inciting incident is super clear in the story.  Franco says he wants to have a “baby of his own” with Cecily.  The confession changes the story, just like a good inciting incident should.  But then you go several pages without addressing Franco’s request again; you spend a lot of time telling us about their marriage and how Cecily’s surrogacy works.

How do you think you maintained tension in the narrative while putting the main conflict aside for a little while?

The work of surrogacy is naturally tense, just by the simple facts of how it works. A woman who needs money performs the labor of pregnancy for someone else, according to someone else’s rules and standards — and she often has to do so while caring for her own children and her own family.

That’s a situation fraught with all kinds of emotions. Yet we’ve mostly chosen to keep all of these details under wraps. Think of how many times you’ve read in a newspaper that someone wealthy gave birth “via surrogate,” as if the surrogate were a machine instead of a human being.

They aren’t machines, they’re women, and there’s usually a stark class divide between the surrogates and their clients. The U.S. is one of the only developed countries that allows paid surrogacy — most of the others feel like the attendant ethical questions are too much for them to handle, as a society. We don’t even talk about the ethical questions.
But that silence makes the situation rich ground for storytelling and exploration. Simply unrolling the details of Cecily’s situation creates a feeling of tension in the reader, because when as you slowly let the details sink in, you realize that everything about Cecily’s situation is emotionally extreme.

2) At least a few of the sentences in your story are what I call “backwards sentences.”  For example:

“It’s the closeness of the way that they have to live that makes her uneasy.”
“To cool the house they’ve got all the lights off;…”

How come you put the subject of the sentence (or clause) so far in?

The narrative POV in this story wasn’t too far away from the subjects, so I occasionally wrote the narration in a way that they might speak themselves. It keeps up the rhythm of their voices.

3) This happens about 60% of the way through the story:

“He smiles and gets up to go into the black maw of the kitchen, bringing back a beer for himself and a diet soda for her. She isn’t supposed to drink the diet sodas but she does anyway.”

What’s this choice all about?  I guess I understand that Cecily has decided to take mild risks by drinking caffeine during pregnancy.  But why did you make Franco bring her the diet soda?

It’s a small gesture that seemed natural to their relationship. And it’s in keeping with their personalities. Franco is a decent, considerate man who would like to do more for everyone than he’s currently capable of doing. Cecily is sitting down, outwardly passive, but in reality doing far more work than other people feel comfortable enough to acknowledge.

4) About halfway through, the narrator’s mind-reading powers shift from focusing on Cecily to focusing on Franco. I know you had to do that because Franco and Omar had to do some stuff together in the story without Cecily there.

What made the POV switch in the story okay?

Because it’s a story about their relationship, and about how this massive, bizarre situation that they’re in has affected their ability to connect and to give to each other. There are two people in that equation, and the readers needed to hear from the other one.

5) Last lines are always really important!  Here’s yours:”Cecily has to nearly choke before she realizes that she’s been holding her breath while she watches.”

I’m glad you caught that! I wanted to give the reader a physical sensation very close to the one she was experiencing in that moment. If you say the sentence aloud, you’ll notice that running all of the syllables together is difficult, the sequence of words deliberately slows you down. It’s a way to collect all of the unspoken tension and emotion so that you can feel it again before you leave this family. 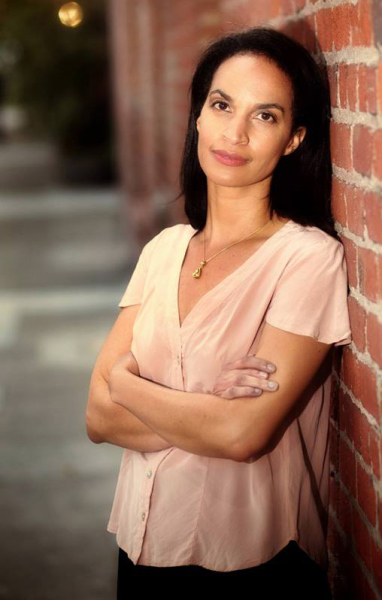 Caille Millner is a writer, essayist, and memoirist. She’s the author of The Golden Road: Notes on my Gentrification (Penguin Press), an editorial writer and weekly columnist for the San Francisco Chronicle, and has had essays in The Los Angeles Review of Books and A New Literary History of America. Her awards include the Barnes and Noble Emerging Writers Award and the undergraduate Rona Jaffe award for fiction.

Caille Millner, Joyland Magazine, Why'd You Do That?