Title of Work and its Form: “White Noise/Black Silence,” short story
Author: Peter Sutton (on Twitter @suttope)
Date of Work: 2013
Where the Work Can Be Found:  The story made its debut in 1000words, a cool online journal that celebrates flash fiction.  The journal pairs stories with the photographs that inspired them.  The story is available here.

Discussion:
What a disturbing little piece of flash fiction!  If you’ll notice, Mr. Sutton was prompted by Heather Stanley’s image of a long, bleak hallway fitted on either side with heavy metal doors.  The third-person narrator tells the story of a man who has been locked in a small cell behind one of those yellow doors.  He has done something “unforgivable” and is now hobbled and force-fed to atone for his sin-a transgression left ambiguous.

The first thing I have to point out is the conceit of the story.  Mr. Sutton saw Ms. Stanley’s image and put to paper (or Word document) whatever popped in his mind.  We all have trouble finding inspiration at times, but there’s really no reason for us to have this problem.  Not in the beautiful, complicated and ugly world we all share.  Whether or not you’re having trouble coming up with a story or a poem-worthy turn of phrase, simply turn to Google Image search.  Or the coffee table book in front of your sofa.  Or whatever magazine is closest.  There are powerful spells to be cast in each image.  Check out this beautiful image of Holland House, a building that was destroyed during World War II: 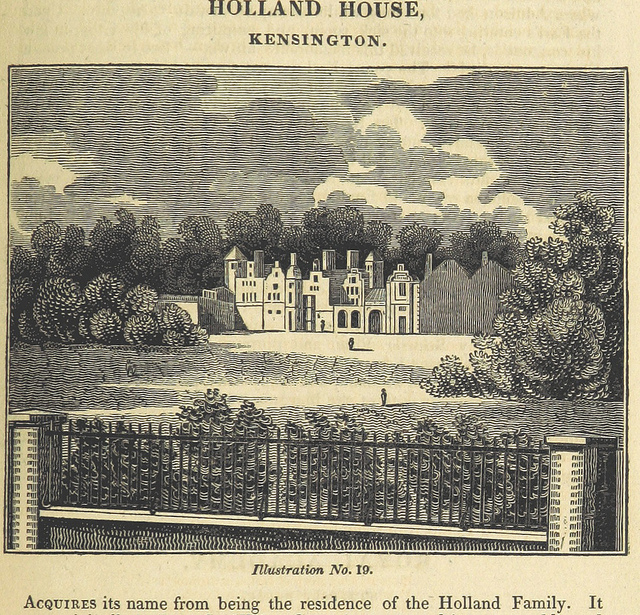 There are so many stories in this single image!  Who are the people on the grounds?  What are they saying to each other?  Where are the Hollands now?  (You know…where could you imagine they are?  Why are there iron gates surrounding the property?  Are there servants?  What are they up to?  Who under that roof is sleeping with whom?  Who under the roof is contemplating murder?  Suicide?  Bank robbery?  The possibilities are limitless.

What about this one? 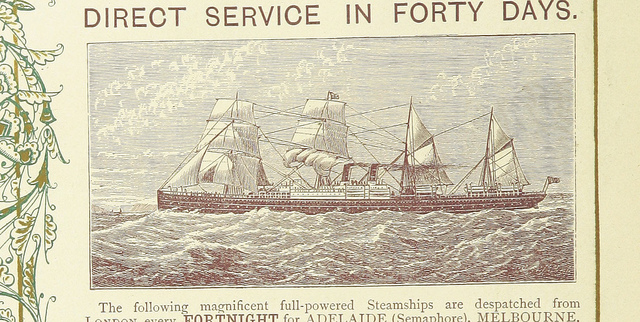 Mr. Sutton (in addition to all of the other 100owords contributors) is teaching us that a photographic representation of a moment in time can be turned into a prose narrative.  Mr. Sutton is also following the example of John Lennon, who cadged the lyrics for “Being For the Benefit of Mr. Kite” from a circus poster from the 1840s.  Why not thumb through some images and see what your muse decides to do?

Mr. Sutton makes a necessary and shrewd choice in the story.  The narrative isn’t very complicated; it’s a man locked up in a room.  The conceit doesn’t exactly allow for a Michael Bay movie to take place.  How does Mr. Sutton compensate?  He makes use of all of the sensory information that he can.

Mr. Sutton does take care to point out that the tiny cell seems to the protagonist to resemble a sensory deprivation chamber, but he frees the narrator from such a restriction.  (He didn’t have a choice, did he?)

And what about that ambiguous ending?  I do wonder why these men are locked up. (And Mr. Sutton does seem to make it clear the inmates are all men.) What is unforgivable? What crimes justify hobbling a man?  By leaving the transgression ambiguous, Mr. Sutton avoids any counterproductive debates. Sure, we’re all pretty bummed about dogfighting, but we might get mired in a discussion as to the seriousness of the punishment an offender should receive.  Mr. Sutton sidesteps anything that may derail the enjoyment of the story. What did the protagonist do to find himself in his situation?  It’s up to you.