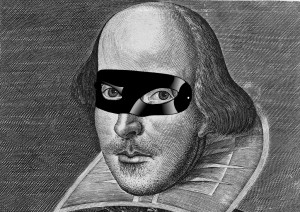 Still working through its growing pains, this writing craft and literary criticism web site considers the relationship between cave paintings and Jon Cryer and trying to reach the writing community without a creator who is well-versed in WordPress, competent in working with the Internet or possessed of self-confidence.

What is your idea of perfect happiness?
Experiencing a work of art that inspires me to improve my own creative output.

What is your greatest fear?
Looking around me and failing to be inspired.

Which historical figure do you most identify with?
Every human being who has created art, from the earliest cave painters to the child who most recently laughed at a combination of words he or she put together.

What is the trait you most deplore in yourself?
The inability to figure out what I can steal from a creative work at least five times a week.

What is the trait you most deplore in others?
The abject surrender to intellectual apathy.  Oh, and racism.

What is your greatest extravagance?
Stealing from great writers in such a way that everyone can tell!

What is your favorite journey?
Through a story told by a wordsmith who is in complete control.

What do you dislike most about your appearance?
The obvious lack of Photoshop skills possessed by Kenneth Nichols, a graduate from Ohio State’s Creative Writing MFA program and a teacher of writing at Oswego State University and Cayuga Community College, respectively.

Which words or phrases do you most overuse?
“Go Bucks! WHOOOOOOOOO!”

What is your greatest regret?
Failing to make a running list of what I can steal from every book I’ve ever read. (It is true, however, that Encyclopedia Brown and Sally Kimball have since taught me the power a platonic relationship can have.)

What or who is the greatest love of your life?
It’s a tie between the immense and fulfilling power of literature and slow-cooked barbecue.

When and where were you happiest?
The moment I realized that other people might like to steal from literature, too.

What do you consider your greatest achievement?
Convincing writers all around the world to steal from all kinds of writers, from best-selling authors to poets whose first poem was just published in a small university journal.

If you were to die and come back as a person or thing, what do you think it would be?
Another web site; one affiliated with a big-time publishing house.

What is your most treasured possession?
My domain name: “the immortal part of myself, and what remains is bestial.”

What do you regard as the lowest depth of misery?
Hearing that a reader doesn’t want to participate, whether they are commenting on the articles, suggesting future authors from whom to steal or recounting their own literary theft.

Where would you like to live?
In a good old-fashioned book.

What is your favorite occupation?
Chef de cuisine.

What is your most marked characteristic?
The indelible stamp of my creator’s lowly web design skills.

What is the quality you most like in a man?
The dedication to write something-anything-on a daily basis.

What do you most value in your friends?
Subscribing to my RSS feed and telling friends about me.

Who are your favorite writers?
Matt Mullenweg (creator of WordPress) and whoever wrote that song “Milkshake.”

Who is your favorite hero of fiction?
Christopher Hitchens. (What? He was real? Amazing…)

Who are your heroes in real life?
nytimes.com, theonion.com, Jon Cryer, newpages.com and cnn.com.

What are your favorite names?
Salome Barojas (aka Salami Boloney), Likey McFacebook and F. Ollow M’Twitter.

What is it that you most dislike?
Every time Adobe Shockwave crashes a browser, an angel throws a five-year-old laptop through a window.  Oh and HAL 9000.  That guy set us back fifty years.

How would you like to die?
Measure for Measure in front of my nose, Beethoven on the hi fi, a muted episode of Seinfeld on the flatscreen, a glass of Johnny Walker Black (neat) in my hand and half of a stuffed crust Meat Lovers pizza congealing on the table.

What is your motto?
Nemo me impune lacessit.