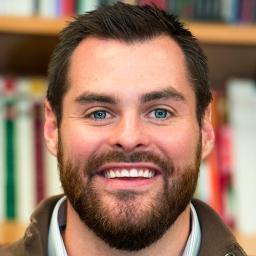 Mr. Riley may no longer live in Indiana, but a significant part of his heart remains there. He is currently writing a book about the current Milan High School basketball team who plays in the shadow of their school’s 1954 championship that inspired the movie Hoosiers.

Date of Work: 2012
Where the Work Can Be Found:  The piece was published in the inaugural issue of Spry Literary Journal.  You can find it right here.

Discussion:
Mr. Riley’s piece of flash creative nonfiction illuminates a problem that many young people had before the Internet reached critical mass.  The problem?  There were naked people on some of the scrambled cable channels, but the images would wobble and fly about the screen, remaining static and recognizable for a few tantalizing seconds.  Two great things happened for Mr. Riley in 1997: he traveled to Japan as a “youth community ambassador” and “the Spice channel came to rural Indiana.”  Unfortunately for Mr. Riley’s fourteen-year-old self, the images were not as recognizable during the day, a time when he had less free access to pornography.  You know, what with parents around and all.  So he popped a tape into the VCR and recorded some of the good stuff while he slept.  What happened the next morning?  Why not read the piece and see for yourself?

Well, let’s face it: the piece is all about how teenage boys (including the young Mr. Riley) really, really, really enjoy masturbating and will go to great lengths to do so.  Might some readers disapprove of the subject matter?  Sure, but that’s sad.  Sexuality is a part of human existence and you can’t understand people or relationships without understanding the experience that gets us here in the first place.  (By this logic, I will never understand people or relationships.)  Mr. Riley makes a smart choice by discussing a “controversial” topic, but doing so in such a manner that only the most puritanical Puritan would object.  Mr. Riley doesn’t describe the act in question.  Instead, he treats the sexual subject matter in a somewhat clinical manner, like so:

And then I saw a woman in an alien costume getting jiggy on a man in a spacesuit.

A less-skilled writer (such as myself) may have tried to get laughs by offering more graphic descriptions.  Might it be a little funnier to some people?  Possibly, but I might also lose some of the audience in addition to the clever, knowing tone that Mr. Riley employs.  He treats the audience like a grown-up peer instead of an adolescent one.

Mr. Riley is a very cool gentleman, endlessly polite and friendly and fun.  He’s also a married man.  Should society pretend that he didn’t have normal urges as a teenager?  Think of the idea in a larger context: should artists create an alternate reality in which teenagers don’t think about sex?  In which people don’t use swear words with each other?  Many writers (whether by choice or otherwise) fail in their duty to imbue their works with verisimilitude.  You risk snapping your reader out of the narrative when you fail to acknowledge obvious truths about people.  For example, I hate it when a television show depicts two people in the afterglow of making love…except men are wearing pajamas and women are wearing full business suits and floppy Kentucky Derby hats.  I’m definitely not an expert with regard to these matters, but I’m not sure how many people make love in the same kind of outfit they wear to the office.  (At least not when they have privacy, of course.)  Mr. Riley depicts himself in an honest manner and acknowledges the truth about the vast majority of fourteen-year-olds.

What Can We Steal?

One thought on “What Can We Steal From Bill Riley’s “Welcome Home, Kakuda”?”