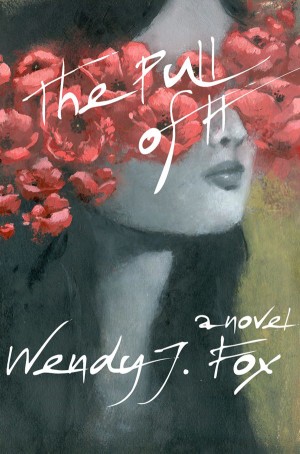 Wendy J. Fox’s The Pull of It and the Outward Turned Inward

Devotees of Great Writers Steal will recall that I spoke with the fun and generous Wendy J. Fox upon release of her short story collection The Seven Stages of Anger and Other Stories.  Ms. Fox’s stories played with narrative and language in interesting ways, so I was curious what the author had come up with when I opened up her first novel, The Pull of It, published by Underground Voices.  As of this writing, the book is available from Amazon.

The book is a first-person narrative told by Laura, a wife and mother whose malaise and vague sense of need carry her across the world, first to Istanbul and then to the Anatolia region of Turkey where she befriends and works for a woman who runs a boarding house.  Laura thinks of her daughter Anastasia (and sometimes her husband Julian) while she figures out her life with the Cappadocian mountains in the background.

Ms. Fox’s book is a swift and fulfilling read.  I’m sad to say I’ve never been to Turkey, but the descriptions of the people and places are lush and beautiful and it’s somehow easier to picture the parts that happen in Turkey than those set in Seattle.  Laura’s immersion in Turkish culture is deep and genuine, though she is forced to wonder to what extent a person can escape the circumstances of his or her birth.

Laura is an interesting and well-drawn character, but I’ll admit that I disapprove of many of her thoughts and actions.  Though married to Julian, she is still preoccupied with Daniel, her One Who Got Away.  Laura loves her eight-year-old daughter, but still feels perfectly justified in taking off for Turkey for several months.  What do we learn?  A complicated and flawed character is an interesting character.  Laura is not a real person, so she is not causing any real and tangible harm to others.  It therefore makes no sense for the reader to pass judgment on her or to devote excessive thought to the dubious nature of her actions.  I sometimes fall into this trap and I know many others do, as well.  Ms. Fox made up a character and made up a story and when we conflate fiction with reality, we miss out on “story,” which is the most important facet of humanity.

Another example: As you should all know, I’m a big fan of Tom Perrotta’s work, including his book Little Children.  In the background of this tale of suburban lust is Ronnie McGorvey, a convicted child molester who is not exactly the most popular guy in the child-packed neighborhood.  We have the option to fold our arms and cluck our tongues at an unpleasant human being such as McGorvey or we can consider them on the basis of their humanity.  Believe me, the latter is much more powerful.  (And the more distasteful the character, the harder job you have!)

We know Ms. Fox for her slightly experimental short stories, but she is equally playful with the structure of her novel while remaining accessible.  Don’t worry, I won’t give any spoilers, but it doesn’t take much to assume that Laura will eventually leave Turkey and return to her family.  Let’s take a look at how many pages Ms. Fox devotes to each section of the narrative:

Let’s break that down by percentages.  (I know…more math.  Don’t worry.  We’ll live.)

See how nicely the narrative resolves itself?  There’s a symmetry to the story that just feels good in the mind of the reader.  Beginning, middle, and end.  Alvin, Simon, Theodore.  First act, second act, third act.  In fact, the 15/70/15 split of this book’s narrative adheres quite well to Freytag’s Pyramid and the three-act structure that screenwriters (and novelists) are usually advised to follow.  See how the “exposition” and “denouement” sections are about 15/70/15?

Why does this matter?  Why did Ms. Fox employ this felicitous structure, even if it was by accident?  Because it just works.  For whatever reason, humans absorb story according to this formula: we take in the protagonist’s status quo, enjoy watching as they face increasingly serious challenges and then feel relief as the protagonist begins life in the “new normal” they have created.  Do you need to follow a strict “formula” as though you’re trying to make a pharmaceutical drug or a batch of Coca-Cola?  Of course not.  But good storytellers, including Ms. Fox, tell stories in ways that readers will understand and play within the confines of that formula.

The Pull of It is a worthy debut and deserves one of my favorite kinds of praise: it’s not just for those who are part of the literary community.  Ms. Fox plays with form and language and does the work of the “literary,” but does not ignore her duty to the reader who simply wants to be swept away to a far-off land, where everything is the same, only different.  The music made by the language that floats through the air, the mountains painted familiar and strange hue, the coffee that not only wakes you up, but can offer hints toward the future before you. 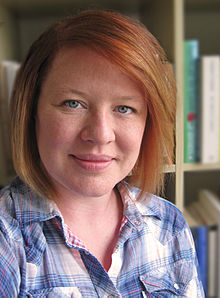 Wendy J. Fox was raised in rural Washington state, and lived in Turkey in the early 2000s. She holds an MFA from The Inland Northwest Center for Writers and is a frequent contributor to literary magazines and blogs. Her debut collection The Seven Stages of Anger and Other Stories won Press 53’s 2014 competition for short fiction. She currently resides in Denver, where she is at work on a second novel.