What Can We Steal from Sharon Solwitz’s “Alive”?

Title of Work and its Form: “Alive,” short story
Author: Sharon Solwitz
Date of Work: 2011
Where the Work Can Be Found:  The story appears in the Spring 2011 issue of the Fifth Wednesday Journal.  Heidi Pitlor and Tom Perrotta subsequently chose to include the story in Best American Short Stories 2012.

Bonuses:  Here is a 1997 Chicago Reader article about Ms. Solwitz. Writer Karen Carlson offers some sad and appropriate thoughts about the story.  Much happier news: here‘s a Sharon Solwitz story that was published by the Superstition Review.

Discussion:
This is not a good time for Dylan.  His older brother Nate is being treated for cancer and his mother is naturally preoccupied with Nate’s condition.  In Dylan’s mind, Nate gets all the attention…everything is determined by what Nate is up for…Nate, Nate, Nate.  Dylan finally gets to have some fun: Mom takes the boys on a ski trip.  There’s even a cute girl in the ski rental hut!  Dylan’s fun seems over when Nate suddenly doesn’t feel well and countless people, including his mother, are tending to the eyebrowless young man who clearly is having some health problems.  What does an adolescent boy do in such a situation?  He takes off and ends up skiing alongside the cute girl.  Dylan, of course, ends up taking a terrible spill.  A group of bystanders surround him and his poor, stressed-out mother gives him some attention.  I can’t advocate Dylan’s methods—the woman doesn’t need more stress—but his plan worked.

One of my tendencies when writing fiction (we should all know our tendencies) is to want to put dialogue into every scene.  The problem with this inclination is that it leads me to neglect all of the other ways in which exposition and dialogue are communicated.  The situation in Ms. Solwitz’s story requires a lot of silent scenes.  Dylan is a teenage boy who often feels alone and is alone.  One of the boy’s problems is that he feels neglected.  He’s going skiing alone…there simply must be lots of non-dialogue scenes.  Ms. Solwitz makes a wise choice in the story’s point of view.  The third-person narrator is very close to Dylan, who isn’t very good at expressing himself or even understanding his own emotions.  Because Ms. Solwitz has deep access to Dylan, she can point out the traditional teenage way of thinking: even the ski poles have it in for him!  It’s “Dylan against Things.”

One of the many things I love about the story is the way the narrator offers the reader an understanding of the complicated family dynamic.  Nate, the sick brother, has a lot on his plate.  Ms. Solwitz does not put Nate on a pedestal simply because he is ill.  Instead, she does something much kinder: she makes the boy seem human.  The kid has flaws and strengths and is not simply a cardboard cutout of a character.  For instance, Nate tries to ease his mother’s fears about skiing because he knows what it means to Dylan.  Nate complains about math and may or may not have lost a race with Dylan on purpose.

Some folks have a tendency to make saints out of humans in their fiction.  Personally, I’d rather be a human than a saint.  (Saints, after all, are dead.)  Super-sympathetic characters are often depicted as flawless and all-knowing and magical.  Think of the wheelchair-bound guest star on a TV drama…they’re there to offer the moral of the story.  Those flat stock characters are also boring.  Think instead of Dave Dravecky.  Mr. Dravecky was a very good major league ballplayer.  In 1988, doctors discovered a tumor in one of the muscles in his pitching arm.  Doctors treated him and removed half of his deltoid muscle.  The gentleman made his way back to the major leagues and won his first start.  Then…in his next start…in what is one of the most painful-to-watch baseball highlights of all time…Mr. Dravecky broke his arm while pitching.  Sadly, the cancer had returned and Mr. Dravecky, a man who was a MAJOR LEAGUE PITCHER suddenly lost his pitching arm.  Mr. Dravecky seems like a very good man and seems to be very happy.  If you met him, do you think he wants you to assume he’s a perfect and flawless and mythological creature?  Nope.  I’m betting he’d admit that he’s just a human being.  Just like your characters, there are times when Mr. Dravecky is short-tempered, there are times when he’s angry for no good reason and there are comments he wishes he could take back. 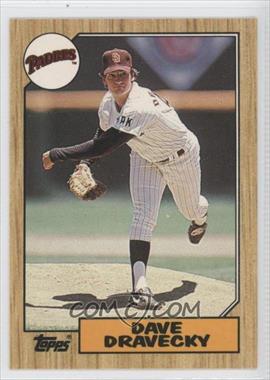 Previous
What Can We Steal from Mike McKay’s “Imaginary Stop Signs”?

Next
What Can We Steal From Lise Funderburg’s “The Dilettante’s Devotional”?