Better Call Saul and the Vicissitude of Failed Verisimilitude

A sentence that is as unlikely as it is true:

Better Call Saul is really giving Breaking Bad a run for its money in terms of quality.

The former is the prequel series of the latter, of course, focusing on the character of Saul Goodman, who was originally Jimmy McGill, a man who struggles to get respect from most people in his life.  Vince Gilligan and Peter Gould have added a surprising amount of pathos to the character who was essentially the comic relief in Walter White’s tragic tale.  Jimmy’s brother Chuck (played by the always fantastic Michael McKean) is a legal genius and will always see his little brother as the screwup he was in his twenties.  Instead of playing in the major leagues like his brother, Jimmy must do his best to hang in the lowest levels of the legal profession in spite of the hard work he put in to overcome those problems.

The program is fantastic and worth a watch, but I have a nit to pick.  One of the lessons I absorbed from the great Lee K. Abbott is to do as much as possible to avoid allowing a factual error to dissipate the spell that we cast over the reader.  If you have a character use a ballpoint pen in 1934,  people like me will no longer be immersed in your world.  Why?  Ballpoint pens didn’t reach the masses until at least a decade later.  Instead of thinking about your story and your characters, I’m bringing up my mental encyclopedia.

I just had the same experience with “Cobbler,” the episode of Better Call Saul that debuted on February 22, 2016 and was written by Gennifer Hutchison and was directed by Terry McDonough.  The episode is well-written and well-directed and well-acted.  Of course, but there’s a lesson to be learned.

One of the subplots in “Cobbler” centers upon Mike Ehrmantraut, a “fixer,” trying to retrieve baseball cards that were stolen from his foolish former client, Daniel.  Instead of keeping a low profile after selling prescription drugs to a gang, Daniel uses his new income to buy a gaudy yellow Hummer H2 that is painted up in gaudy hot pink flames, a color scheme so gaudy that even the 1980s would be embarrassed.  And the spinners on the rims!  Ugh.

Daniel foolishly declines Mike’s services, which results in his connection learning his home address.  As you might expect, the drug dealer simply burgled Daniel’s house, stealing his remaining supply of pills and his extremely valuable baseball cards.

Now, I happen to be a bit of a baseball card collector; I certainly know my stuff about cards from the 1980s through the early 1990s, as that is when I was allowed to have little else on my mind but baseball and books.  (Good times.)  So Mike negotiates to get the cards back.  Daniel said in the previous episode that he had some valuable rookies and some Mantle and Aaron cards…the kind of thing I’d expect to see if we’re talking valuable cards.  Daniel said that the cards are in “top loaders,” which makes sense, though I would have expected that a well-heeled collector would have his cards slabbed by PSA or a similar service.  But close enough.

Okay, so I’m watching the cool scene from “Cobbler.”  Daniel is trading his gaudy Hummer for the cards.  I am loving Mark Proksch’s great acting; how can Daniel not understand the very basics about criminal stuff?  The baseball card fan in me sees the boxes…there are four monster boxes and a couple even larger boxes.  Impressive! 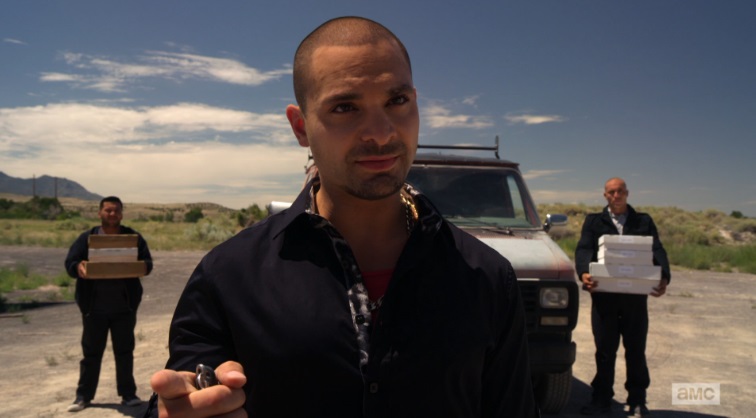 The henchmen put the cards in Mike’s trunk.  Of course, Daniel double-checks to make sure everything is there.  Me?  I’m excited to see if he has an Al Kaline rookie or any beautiful 1956 Topps cards or maybe even some earlier Bowman stuff!  What could be in there?  Remember, these are extremely valuable cards that are worth enough money to drive a plot in a show about drug dealers and attorneys!!!

Daniel says, “Aaron…there’s Jeter…”  The director cuts to an insert shot of Daniel flipping through the cards: 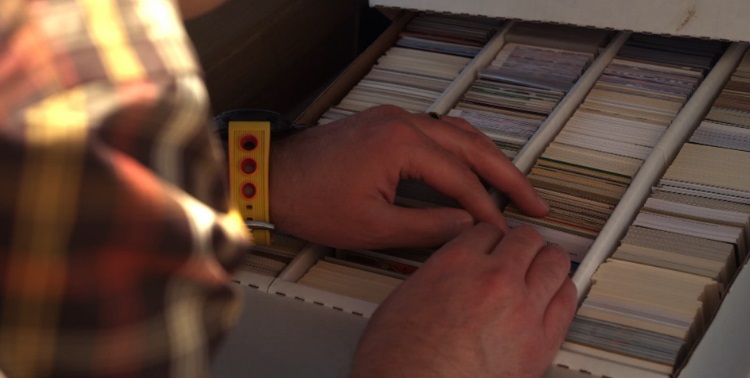 Wait.  What?  No.  Just.  No.  That is NOT what a box of extremely valuable cards looks like.  That’s what a box of commons looks like.  None of the cards are in top loaders or in slabs.  There are clearly stacks of cards from the same sets just slapped together in a hodgepodge.  Even worse, these are clearly cards that are worth next to nothing.  Look at the bottom right; there’s a few packs’ worth of 1988 Donruss cards.  See?  Look at the borders: 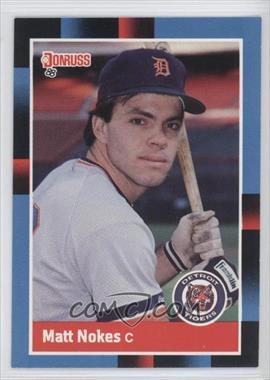 Even though Matt Nokes is my favorite player, the card is worth no more than a few cents.  Certainly not enough to get Mike Ehrmantraut out of bed.  And look at the card peeking out under Daniel’s left thumb.  It’s a 1988 Topps football card: 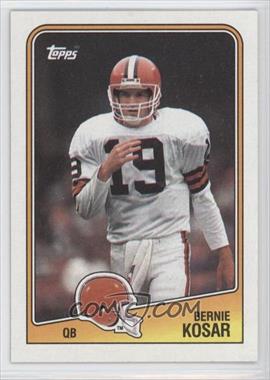 And it looks like the cards above the 1988 Donruss are from 1991 Fleer.  Notice the maximum yellow: 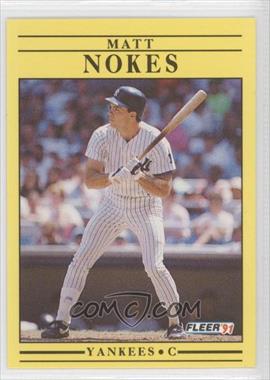 Here’s the problem.  The production designer and the prop people and all of the other brilliant behind-the-scenes folks put together a show that makes me believe everything is real.  I love being immersed into the seedy side of Albuquerque.  These professionals even managed to find or make the perfect watch and shoes for Daniel’s character; the match the ugly paint scheme of the car and say a lot about his character.

Look!  Daniel even seems happy to get back a bunch of 1987 Topps.  I love that set.  It’s probably my favorite.  But no drug dealer is going to steal your 1987 Topps cards in hopes of making money.  You will not get any money for these cards.  Topps printed about 11 trillion of them. 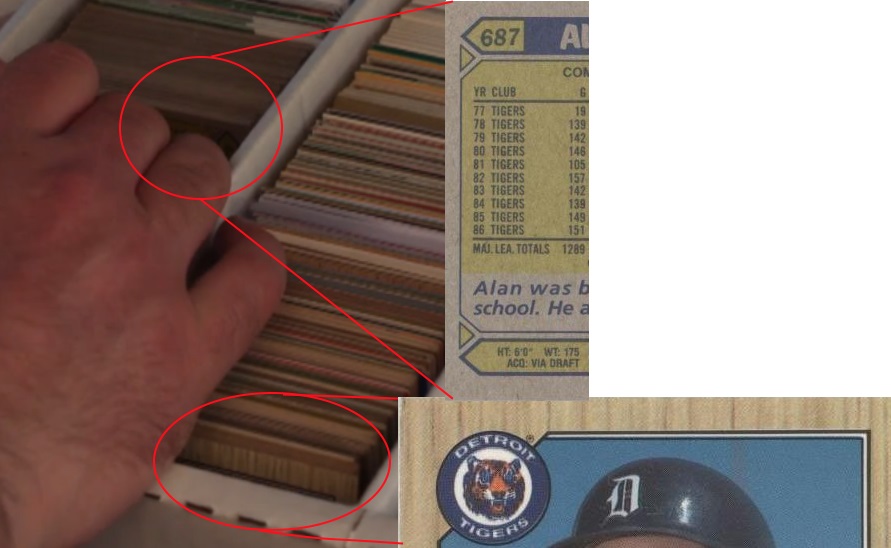 There are much graver sins that a writer can commit, but I think this is a good illustration of how we must make sure we are presenting the world as it is and was in our fiction.  Instead of spending the past 45 minutes watching the episode of Better Call Saul and ruminating on how great the program is, I wrote this post.

I’m sure that Mr. Gilligan and Mr. Gould and Mr. McDonough and Ms. Hutchison would all agree with me that storytellers have many things in common with magicians.  We cast very different incantations, but they are spells nonetheless.  Let us do nothing to our audiences to make the effects of that spell fade.

Previous
Hey, Why’d You Do That, Jan Bowman?

Next
The Great Writers Steal Podcast: Margo Orlando Littell, Author of Each Vagabond By Name